Air Pollution And Its Effects In Pakistan - WBM Foundation

You are currently here! Uncategorized Air Pollution And Its Effects In Pakistan 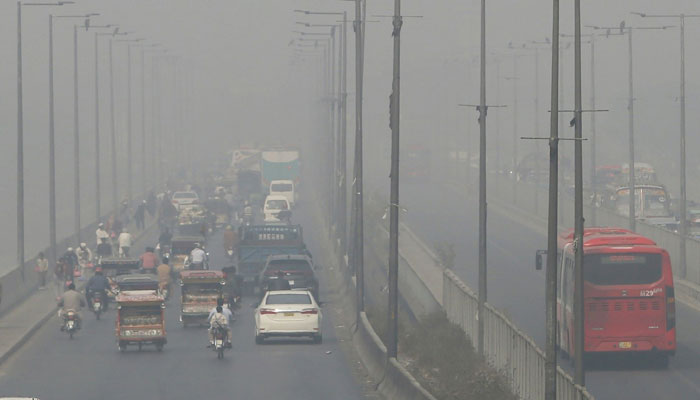 Air Pollution And Its Effects In Pakistan

Air pollution is the presence of harmful substances within the atmosphere that are dangerous to live beings or cause harm to the climate. The rapid growth in industry, population, and urbanization has caused a significant adverse effect on the quality of the environment in Pakistan. Air pollution in Pakistan is among the most important environmental issues. The problem of Air pollution is mainly due to pollutants emissions from chemical different industries like cement plants, thermal power generation plants, and brick kilns in the domestic sector. Toxic vehicle exhaust emissions from untuned engines particularly diesel engines are also posing a serious threat to quality of urban air, specifically in the large population and industrial sectors of Pakistan. All these are anthropogenic sources of air pollution. The natural sources include volcanic eruption and dust storms. Wild animals in their natural habitat are also considered a natural source of air pollution. According to a World Bank report, Pakistan’s urban air pollution situation is among the foremost severe within the world and it imposes significant threats to human health and also the economy. The inefficient use of energy, rise in number of vehicles used daily, an increase in unregulated industrial emissions and also the burning of garbage and plastic have contributed the most to air pollution in urban areas of Pakistan. Pakistan’s Environmental Protection Department claims that the typical level of pollution in big cities is approximately four times beyond the World Health Organization’s Limit that is permissible. These emissions have detrimental effects including respiratory diseases reduced visibility, loss of vegetation and an effect on the growth of environment.

If we look around the city Lahore, we see that environment all around is highly polluted; which is mainly because of motorcycle and two-stroke rickshaws. The smog in Lahore is caused by gaseous vehicular emissions which when mixed with dust or soot particles form a fog, and the fog is then triggered by the temperature inversion.  According to the Environment Department of Lahore, only two-stroke rickshaws are causing 65% of total vehicular pollution.

Every year, in December, a thick fog descends upon Lahore closing off the motorway after dusk and prevents flights from landing at international airport at night. The problem is becoming serious over the last six years due to high level of pollution and poor air quality in Lahore due to vehicular smoke and industrial activities. Even during the summer months. There is now a photochemical smog hanging over the Lahore which is washed away by the rain. The places near the irrigation lands, rice paddies and rivers where the moisture is in low more quantity available, the thicker fog has seen. According to Dr. Qamar-ur-Zaman Chaudhry, national climate expert and former Director General of Pakistan’s Metrological Department, “The main source of pollutants in our lower atmosphere is Eastern Punjab where all the coal based industries are centered (across the border in India). Of course we have added our share of pollutants as well from factory and car emissions”.

As the main cause of air pollution is smoke emission from vehicles and industries, so there is a need for master action plan to address the critical situation of air pollution. There is urgent need of pollution awareness in Pakistan for environmental conservation. According to section 15 of Pakistan Environmental Protection Act 1997, vehicles which produce air pollutants and noise beyond the limitation provided by National Environmental Quality Department should be banned. Industries should monitor their air emissions regularly and take measure to compliance with the standards. More tree plantation around the country. WBM Foundation is planting trees in different areas to play its role to save the environment from pollution and making it cleaner. We organize campaigns at schools, colleges, and universities levels to raise awareness among people. These solutions will prevent the future generation from worst polluted environment. They will be able to enjoy the greener & healthier environment. By applying these solutions we will ultimately lead us on the road to sustainability which is essential for all factors of the environment.