You are currently here! Uncategorized Convention on Biological Diversity 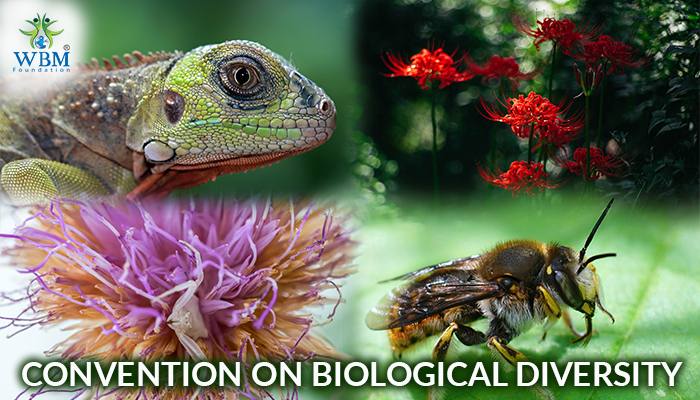 MEAS (Multilateral Environmental Agreements) is the conventions/protocols or agreements on environmental issues. MEAS are ratified by three or more countries. Signatory conventions between Pakistan and other states are classified into five categories.

The convention on Biological Diversity is a multilateral international Agreement. It lies under the category of forestry and biodiversity.

History of Convention on Biological Diversity

Due to the increase in the human population, the need for resources increases. Humans started to harm the habitat of wildlife and biodiversity for their purpose, Inresponse to the great threat to biodiversity, UNEP (United Nations Environment Programs) invited an Ad Hoc Working Group in November 1988. UNEP explores the need for international agreement on the conservation of biological diversity. The work on it is completed in May 1992 and agreed on the text for the convention on biological diversity. This convention opened for signature in June 1992. And 168 countries signed this convention.

Each contracting party cooperates as far as possible or appropriate. Cooperate through a competent international organization. Contracting parties are bound by all obligations of this protocol of biological diversity convention. This convention has been ratified by 196 countries.

It is the sovereign right of the state to exploit natural resources following environmental protection policies. It also has the responsibility to ensure that activities are in control. These activities do not cause harm to the environment. Do not affect the other states or areas beyond the limit of the national jurisdiction.

Purpose of this convention

According to this agreement, states conserve biodiversity for a sustainable biosphere. States have all rights to conserve the variety of species in their territory. Developing the strategies or policies for protecting their species. Take necessary steps for the conservation of endangered species of the environment.

The purpose of this agreement is to conserve biodiversity and its genetic resources. It is very necessary for a sustainable and balanced ecosystem. Multilateral Environment Agreements were signed to provide protection to our endangered species of the environment and maintain a variety of species in the biosphere.

General Measures of this convention

Awareness on a national and international level is part of this convention. Awareness is very important to secure the natural resource of states or the world. People should know the importance of natural resources. Overconsumption or exploitation of resources without control of policies leads to depletion or endangerment of specie. It causes the loss of biodiversity.

Be with WBM Foundation to protect the naturally balanced ecosystem. Stand together to conserve biological diversity.