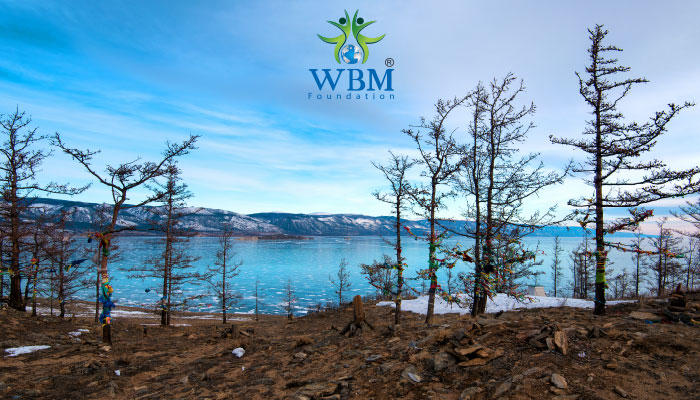 Shortage of atmospheric, ground, and surface water is called drought. Areas of the world face a severe shortage of water during drought periods. It may last for months and years. Anthropogenic activities like urbanization, industrialization, and over-population are causing droughts. A high population demands more resources which in return disturbs the environment.  Low precipitation rate for a long period, deforestation, climate change, changes in ocean temperature, jet stream, or in local landscape cause drought. These causes may result in a wide range of consequences resulting in the shortage of water, food, the spread of disease, poor air, and water quality. Economic losses, depression, anxiety among people, and heat stroke are also the consequences of the drought.

Recently, the river “Euphrates” is facing severe drought. This river rises in Turkey and runs across southeast Syria and Iraq. This drought is threatening 12 million people in Iraq and Syria and depriving them of food, water, and electricity. The region is facing high temperatures and low rainfall which are severely affecting agriculture and land. Drought is affecting 7 million people and 400 sq kilometers of the land of Iraq. 70 percent of wheat production is estimated to go down. The recent summer season of Iraq is the second driest season in 40 years. Anbar, the city of Iraq, has no more access to water, is spending USD80 per month on water.

Carsten Hansen said, “With hundreds of thousands of Iraqis still displaced and many more still fleeing for their lives in Syria, the unfolding water crisis will soon become an unprecedented catastrophe pushing more into displacement.”Currently, half of the USA is facing severe droughts conditions and is expected to worse in the coming days. These drought conditions will cause devastating effects on the environment like susceptibility to fire. New Mexico, Utah, Colorado, Arizona, and Nevada are the areas that are under high drought stress. The worst conditions are in California. Emergencies have been declared. Farmers and other people are suffering. Colorado has been facing severe crop failure so farmers are not ready to plant. Level of the Lake Mead is very low; the states will have a low water supply.

Five areas of Sub-Saharan Africa: Central Nigeria, Southern Somalia, Angola, Kenya, and Southern Madagascar are under extensive destruction of drought. 1.31 million People are targeted and 60% of agricultural losses are reported in populated provinces. 3.81 persons are facing a shortage of food in Angola.

Overall conditions of drought are severe all around the world. We have to put some solutions into implementation to calm down the drought conditions. One great solution is to store rainwater/water. Construct dams and reservoirs where we can store water for future use and during drought conditions. Planting more and more trees, will provide a cooling effect to the environment and prevent drought conditions by maintaining the precipitation rate. WBM Foundation is planting trees in different areas to play its role to save the environment from pollution. We organize campaigns at schools, colleges, and universities levels to raise awareness among society. Moving towards renewable use of energy can also prevent drought. This will lessen the greenhouse gases and will not cause global warming. Use less water, do not wastewater, and use water wisely. These solutions will prevent the future generation from drought and water scarcity. They will be able to enjoy the greener & cooler environment. By implementing these solutions we will ultimately lead us on the road to sustainability which is very important for all factors of the environment.