You are currently here! Uncategorized Depletion of Natural Resources 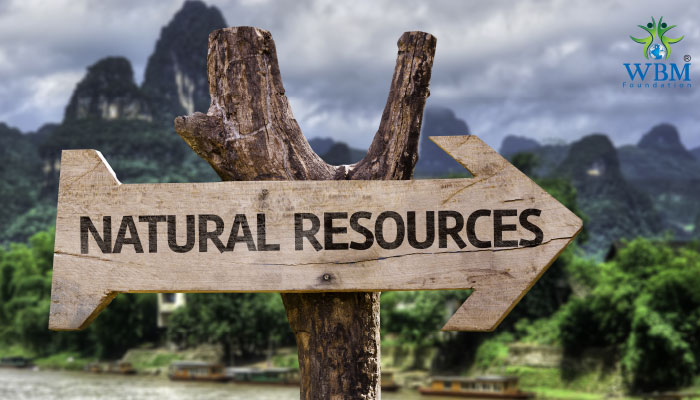 Natural Resources naturally exist on the planet earth and are independent of human actions. These resources present in the environment have no interventions for human beings. The natural occurring materials are useful for both the environment and mankind as these are the domain of natural science. These resources include atmosphere, land, water, sunlight, crops, vegetation, and other resources on which human beings depend. Natural resources are classified as renewable and non-renewable resources. Renewable are the ones that can be renewed again and are available in infinite quantity being more environmental-friendly. Another is the non-renewable resources, once consumed, are not renewed and are less environmental-friendly. Non-renewable ones are not replenished and lead to the degradation of the resources.

in more exploitation that contributes to ecological contamination. More natural resources are utilized in developing countries to sustain the growing population. Population growth is a strain on natural resources like electricity, food, and transport. To meet the consumption of electricity in homes, power plants, and industries, natural coal reserves are used up, depleting the natural resources of coal. Natural resources are being overused/misused by human beings to meet the demands of the population on earth. Irrational or overuse refers to their use in an illogical way, for example, the indiscriminate use of water for washing vehicles. Water is a natural resource that is rapidly depleted due to overuse for irrigation purposes. About 97% is the salty water found in oceans and cannot be used for agricultural or irrigation purposes. Ice caps and glaciers make 2% of the water and 1% freshwater present in rivers, ponds, and lakes that are utilized for agricultural and domestic purposes, resulting in the depletion of natural water resources. The deforestation rate is increasing to fulfill human needs of houses for a living. For this, the forest resources are depleted by the use of more trees, wood for building, and homes. Trees are a renewable resource and are depleted faster than they are replenished. Natural resource medium, the soil on which plants grow. Anthropogenic activities destroy soil in a relatively short time. Overgrazing, deforestation, mining, and over-cultivation of resources cause soil erosion. Deforestation depletes the plant cover, destroying natural resources. 10% of the plants lead to extinction due to over-exploitation. Disturbance in the natural vegetation disturbs the natural ecosystem. Uneven distribution of the natural resources leads to their depletion. For example, the petroleum reserves are confined to Middle East areas that lead to exploitation like infrastructure, transportation, energy to meet their needs.  Consumption of resources depletes when not renewed. Fast industrial and technological development causes fossil fuels to deplete. Coal is a natural resource depleted to meet the energy demands by converting it into oil, coal gas, and electricity that results in depletion.

Natural resources are limited and it will soon be difficult for their conservation. The water cycle is altered and CO2 is increased. Over the years, the misuse/overuse of resources has caused problems for mankind. Their depletion causes adverse effects on the environment. Natural resources are the assets that create a balance in the environment. Over-cultivation and deforestation affect the balance of nature. Indiscriminate use of natural resources causes a shortage, more depletion of the forest, more land use for the population to survive creates an irreversible balance in the atmosphere. Overexploitation of resources and degradation of the habitat result in the extinction of species. Water pollution and overfishing reduce the survival number of aquatic life. Economic growth depends on the availability of resources, but their depletion adversely affects economic growth. Depletion of the resources results in loss of biodiversity and the natural ecosystem is disturbed.