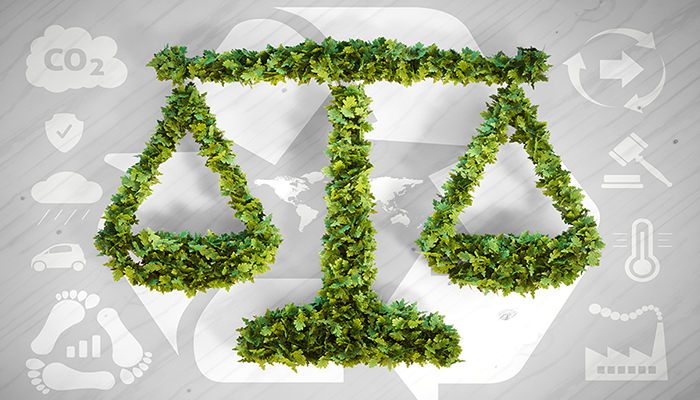 An ecosystem refers to an area where both abiotic (solar energy, temperature, soil, and water) and biotic (natural plants, animals, and humans) constituents interlinked with each other. There might prevail in both aquatic and terrestrial ecosystems on this Earth. In an aquatic ecosystem, rocks provide shelter and plants supply oxygen to the fish population. A balance is achieved when biotic and abiotic constituents are in a cooperative relationship.

Expansion of population, urbanization and development, induction of new species, abrupt death of existing species, natural hazard, and human activities contribute to the breaking of this cooperative relationship which originates an imbalance of the ecosystem. Rapid deforestation is the consequence of urbanization and development. This activity adversely disturbs soil ecology and commences water imbalance. Water resources are consumed rapidly because of the growing population and thereby required the drilling of more-deeper wells. Over the construction of pavement, areas decrease the quantity of water vapor via backward transpiration from plants and cause pollution to the aquifer through ice melting salt runoff in the natural drainage system.

Although, humans depend on a balanced ecosystem in terms of productive soil and healthy meat and fish. The pollution input from humans’ activities (industries and agriculture) disrupts this balance of the ecosystem and subsequently, an imbalance of nutrients occurs. Deforestation caused the destruction of soil and natural habitats of plants and animals.

Our natural resources like fossil fuels, minerals, and water are critically declining. Damage to habitat and overhunting notably lost biodiversity and damage to their habitats. This demolition of habitats causes risk for extinct species in an ecosystem. In marine ecosystems, the loss of some species disturbs the entire ecosystem. A sustainable way to use existing resources might prevent and sustain ecological balance. 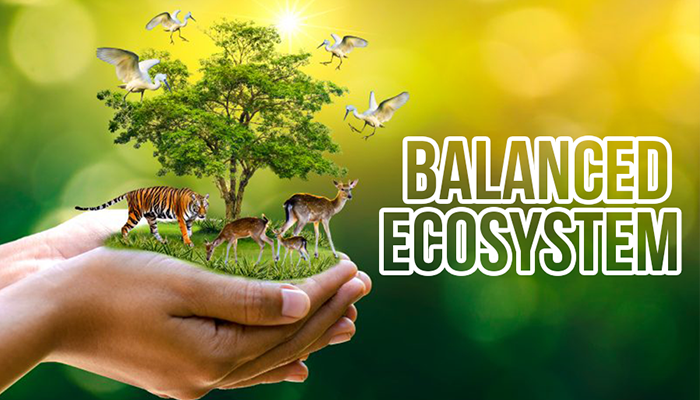 Regardless of socio-cultural constraints, numerous efficient measures such as family planning and control of birth rates should be taken for controlling the population at both individual and government levels. Overpopulation on this Earth causes an imbalance of the ecosystem via aggressively consuming natural resources.

Pollution originates from domestic and industrial effluents and runoff from agriculture intimidates the balance of marine ecosystems. Controlling non-point source pollutions especially from agriculture farms remarkably helps to sustain the ecological balance. For instance, runoff caused by fertilizer application in agriculture and sewage could immediately grow algae over the water of lakes and streams. This layer of algae over the surface of water restricts sunlight to penetrate into the water and reduces the amount of oxygen. The decaying process of algae increases the production of anaerobic organisms that discharges hazardous compounds in the water which is harmful to marine life.

Using of 3Rs rule lessens the overproduction of natural resources. Energy conserving strategies like energy-efficient appliances and vehicles should be adopted at national and international levels to reduce greenhouse gases which prevent climate change. People might be given awareness about ecological living for preventing and sustaining the balance of ecology. Replanting forests, promotion using biofuels, and fish quotas are some important measures that can help to restore the balance of the ecosystem by reducing the effects of human input.

Why Does China’s climate policy matter to us all?

Importance of Water in People Life