You are currently here! Uncategorized Global Initiative:  Convention on International Trade in Endangered Species of Wild Fauna and Flora 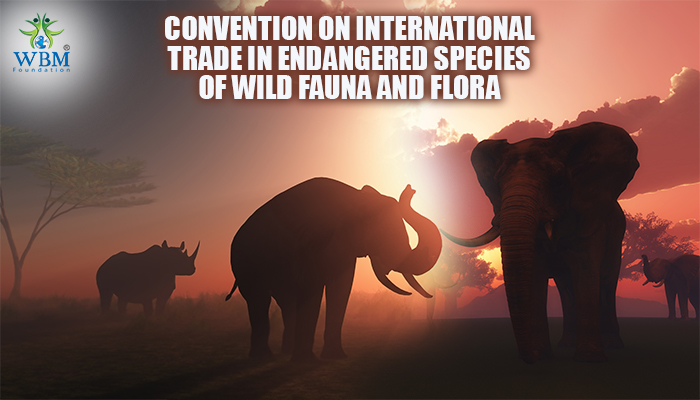 This convention was signed in Washington D.C on 3rd March 1973. And opened for signature until 30th April 1973. It was exerted into enforcement on 1st July 1975. 21 countries addressed this issue of threat to living species of flora and fauna and signed this Convention. There are 183 parties involved in this convention.  Pakistan also ratified this convention to prohibit the species to be extinct and conserve endangered species of the World.

The objective of CITES

Parties that are involved held a meeting after 2 or 3 years to maintain the regulations. To make this convention effectively applied parties are required to have the designation of management and scientific authorities.

For the complete framework of regulations, species are classified into 3 groups: Appendix I, II, and III.

Appendix II: Animals and Plants that are not included in endangered species, but unlimited trading threatened that species. So, trading of these species is allowed, but under strict rules.

Appendix III: Species whose trade is regulated within specific countries are included in it.

A Conference of Parties (CoP) is held after 3 years. The CoP 18th session will be held in Geneva, Switzerland. During this session governments of different states, policymakers, and NGOs will review the regulations and update the lists of endangered species during this session. Management authorities will review the policies to make management stronger in the international trading of species. With the help of CITES regulate the international trading of species and controls wildlife crimes.