You are currently here! Uncategorized Ocean Pollution And Aqautic Environment 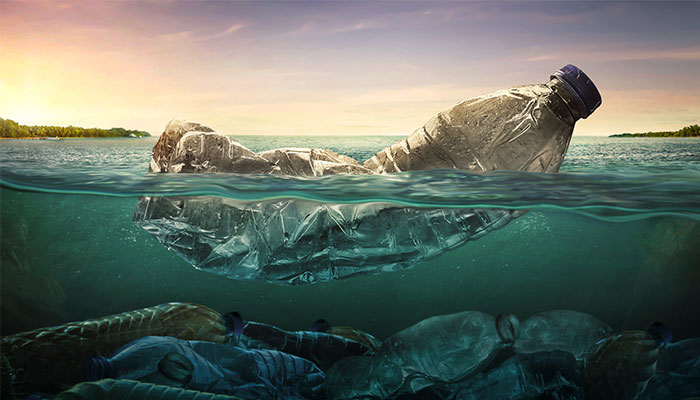 The Earth is comprised of more than 70 percent of water. The huge amount of water is in the form of oceans. Water bodies like rivers, canals, lakes, etc. and oceans are natural resources but it is evident from the facts that oceans suffered at the hands of human beings for centuries, as far past as Roman era. The most advanced studies revealed that degradation, particularly of shoreline areas, has dramatically increased in the past 3 centuries. This is due to a significant increase in runoff from farms and coastal cities and industrial discharge.

Pollutant And Contaminants In Oceans

Pollution can be introduced as harmful and carcinogenic contaminants which are beyond the norm for an ecosystem. Some of the man-made pollutants that pollute or contaminate the oceans are chemical fertilizers, pesticides, herbicides, oil, detergents, sewage, plastics, and other solid waste. Most of these contaminants are piled at the depth of oceans and the small marine organisms consume these waste materials which are introduced into the system of the global food chain. Scientists have revealed that even discovering that pharmaceuticals and medicines ingested by human beings but not completely processed by our bodies are finally ending up in a fish we take in.

How Is Aquatic Life Affected?

The pollutants in the oceans are accumulated in the environment which is far upstream from coastlines. Nitrogen-rich fertilizers containing a rich source of nitrogen is applied by farmers and tenants in the fields, for instance, end up in groundwater, rivers, local streams, and eventually accumulated in bays and deltas. This huge amount of nutrient source is spawning massive algal blooms that deplete the oxygen in the water. This will leave areas where little or no existence of marine life. Recently, scientists counted four hundred such dead zones in the world.
The solid waste like trash, bags, toys, foam and other substances are dumped into the rivers and oceans from land or ships at sea are mostly consumed as a mistake for food by marine animals, fish, and birds which often result drastic effects.The discarded fishing nets that drift for many years, ensnare marine life. In many parts of the world, ocean waves corral huge amount of decomposing swirling garbage patches, plastic materials, and other trash into gigantic.

The most toxic waste material dumped into the ocean includes industrial waste, dredged material, radioactive waste, and sewage sludge. Dredging of waste substances makes almost 80 percent of all waste dumped into the ocean which adds up to a hundred million tons of material dumped every year. Harbors, canals, and rivers are dredged to remove sand and silt to build new waterways. Approximately 20 percent of dredged waste is dumped into the ocean. The remainder is dumped into rivers and landfills and a small quantity is utilized for development purpose. Almost 10 percent of all dredged material is contaminated with heavy metals such as chromium, cadmium, mercury, hydrocarbons, for example, heavy oils, nutrients including nitrogen and phosphorous, and organic substances from insecticides and pesticides. Therefore, waterways and soils accumulate these toxic materials from industrial and community waste, lands runoff, shipping practices, and other sources. Marine life suffers toxic effects and seafood is contaminated when these items find their way into the rivers and oceans.