You are currently here! Uncategorized OZONE Formation, Depletion and Effects 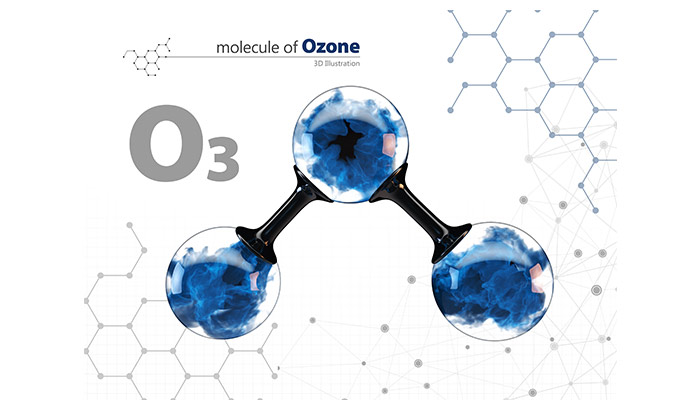 Ozone is a very minute chemical compound on the Earth’s atmosphere. However, it plays a significant role in the sustainability if life on Earth. The ozone layer absorbs the most powerful ultraviolet radiations. These radiations if reach on the surface of the Earth will cause a very drastic consequence and damage the flora and fauna of various ecosystems. The UV or ultraviolet radiations from the sun are extremely dangerous. Its wavelength is very short and is highly energetic. Few years ago, the measurements of the ozone are very low which means that ultra violet rays are reaching the atmosphere. This obvious drop of ozone layer will definitely increase the UV radiations and there are chances of skin cancer and other skin diseases. The UV radiations penetrations the human DNA and causing skin malfunctions and abnormalities. . In fact, the 1995 Nobel Prize in Chemistry was awarded to three scientists who revealed the role of “man-made” chemicals, chlorofluorocarbons, or CFC’s, in the ozone depletion process.

The main and potential effect of ultraviolet radiations is skin cancer and epidemiological records show that if UV radiations are exposed to human skin they may cause non-recoverable consequences which leads to skin cancer. It is observed, for instance, that greater than 90% of non-melanoma skin cancers are associated with to UV-B exposure. A 2 % upgrade in UV-B is linked with a 10 percent increment in basal-cell cancer situations and 11% increase in squamous-cell cancer situations.

UV-B radiation affects plant physiological and developmental processes and can affect plant growth. Indirect changes, such as in the manner in which nutrients are distributed within the plan, the timing of developmental phases and secondary metabolism and plant form, may be as or more important than the subsequently damaging impacts of UV-B.

Phytoplankton have been the main basis of aquatic food webs, and their productivity is limited to the upper portion of the water column in which there is enough sunlight to support net outcome. Exposure to solar UVB radiation affects orientation of phytoplankton motility and mechanisms lowers survival measurements for these living organisms. UV-B radiation has also been found to damage early developmental stages of fish, shrimp, crab, amphibians and other animals.

A long series of airborne and ground-based observations and measurements campaigns were organized to create an understanding of the science and dynamics linked with the Antarctic Ozone Hole.  This understanding leads to the Montreal Protocol on Substances that Deplete the Ozone Layer in October 1987.  It required a freeze on the annual use of CFCs as early as 1990 with decreases leading to a 50% reduction by the year 2012.  Few years ago, the Montreal Protocol was rectified to take into account the severe damages during the Ozone Hole events and the downward level in global layer of ozone.  The participating countries substantially strengthened the protocol, calling for accelerated reductions in emissions, and requiring complete phase out of CFCs and other major ozone-depleting substances by 2012.