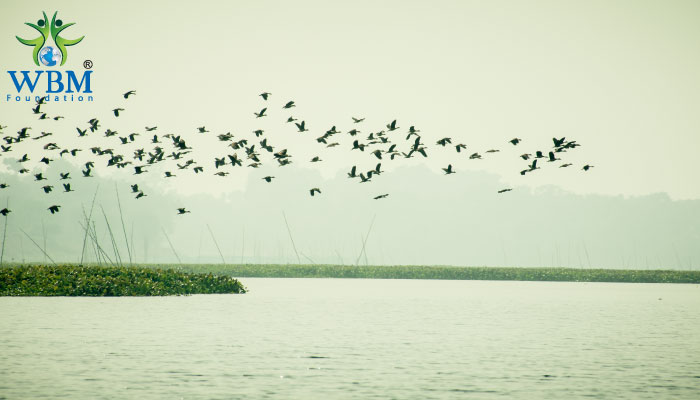 Birds connect our world and migrated over boundaries of one terrain to another. Because in the cold season, birds face difficulty in finding food and raising their young ones. It is easier for them to raise their young ones in a warmer climate and to survive. So, they migrate from one place to another place in the winter season. And develop their habitat in warmer regions.

While birds migrated, they faced many threats. Increasing Population caused many threats to them. Birds face threats in form of illegal hunting of migratory birds. Used them as food, and destroyed their habitats for space. Light pollution is also one of the threats to bird species.

Light pollution has a larger impact on the life of animals such as migratory birds. They disturb their natural abilities such as awakening, and travel activities, get confused, and going to be detracted. Mainly disturb their internal clock.

Light pollution causes the extinction of bird species. Birds have the ability to detect light from several horizons. Migratory birds travel a large distance to reach their destination.  They migrate from one terrain to another, crossing overseas forests and boundaries of the country or continent. Develop their habitat and raise their young ones.  But light pollution causes disorientation to birds. This misleads the birds from their track. Result of which, they accidentally collide in the building or anything and died.

To reduce light pollution and its impact on migratory birds. We have to stand out with the slogan

Dim the light at night.

Birds are the smile of nature.

We should stand out to restore the natural black sky at night for the conservation of the species of birds. Create awareness among people. Develop a sense of responsibility and urge the government to take action. Organizations like the International dark sky association, Natural Park service, natural sounds, and night skies division, cosmic Tribes, and many others play an important role in conserving the dark sky.

WBM Foundation is an environmental protection organization. WBM foundation play important role in conserving the migratory bird species. They organize awareness raising campaigns about the conservation of bird species. They organize seminars in schools, colleges and university. The purpose is to educate the youth about hazards that species face in our environment. To conserve the species is our top most priority.